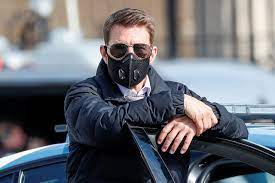 The release of Tom Cruise flicks Top Gun: Maverick and Mission: Impossible 7 has been delayed until May 2022 and September 2022, respectively, according to a representative for the ViacomCBS Inc studio on Wednesday, as COVID-19 infections grow.

The Top Gun sequel, which has been postponed many times due to the epidemic, was supposed to open in theatres on November 19, just before Thanksgiving, to kick off the holiday moviegoing season.

Top Gun will now be released on May 27, the same day as M: I 7 will be released during next year’s Memorial Day weekend. This necessitated a change for M: I 7, which was pushed out to September 30, 2022.

Movie companies have frequently altered their timetables in an attempt to predict when audiences will return to theatres. The coronavirus’s Delta strain has thwarted a hoped-for return.

AMC Entertainment, Cineworld Plc, and Cinemark Holdings are relying on blockbusters like Top Gun to entice people to return. The film is a sequel to the 1986 smash success featuring Tom Cruise as an elite US Navy jet pilot.

“Paramount needs this to be a huge global smash. “The global marketplace is simply not there yet,” Bock said on Twitter.

Other big-budget projects are expected to adhere to their 2021 dates, according to theatre managers. The James Bond film No Time to Die is presently scheduled for release in theatres on October 8, and MGM has insisted on that date.

Sony’s Venom: Let There Be Carnage arrives in October, followed by Marvel’s Eternals in November and Spider-Man: No Way Home in December.

Asim Azhar Completed 8 years in the industry, with a bang!