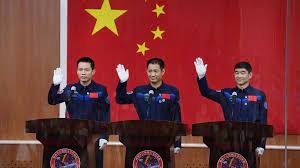 China plans to send three astronauts on Thursday into orbit oin a high-stakes mission, the first of four crewed space flights to complete the country’s space station by the end of next year.

China will launch Nie Haisheng, Liu Boming and Tang Hongbo into orbit aboard the spacecraft Shenzhou-12 at 9:22 am (0122 GMT) on June 17 from Jiuquan in northwestern Gansu province.

Nie, 56, a former air force pilot, will be the oldest Chinese astronaut to go to space.

Shenzhou-12, meaning “Divine Vessel”, is the third of 11 missions needed to build China’s space station. Construction began in April with the launch of Tianhe, the first and largest of three modules.

China launches their first crew on the new space station