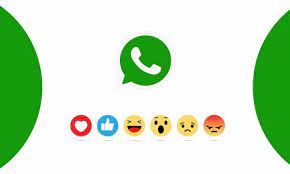 Message responses are available in a number of major social applications, like Instagram, Discord, Skype, and others, but they have never been available in WhatsApp. That is about to change, as WhatsApp looks to be testing the functionality in its newest beta version.

WABeta Info, a tech site that foresees new innovations before they are revealed, discovered the functionality. According to the current beta version of WhatsApp, the firm is testing message responses with a very limited group of users.

This function, like other apps, allows you to rapidly respond to a message using emojis. Long-press a message to display a row of emojis to immediately respond with one rather than needing to quote a reply.

To utilize the functionality once it becomes available, you must have the most recent version of WhatsApp. If you don’t, you’ll see the notice seen in the image below.

It’s unknown when the function will be accessible to everyone, and the reality that it’s presently in testing doesn’t tell us much either. This is due to the fact that WhatsApp frequently tests things publicly before they are ready for launch, so be patient as it might take months to become public.

The State Bank of Pakistan has clarified that the design circulating on various social media platforms regarding the commemorative banknote...

Due to the development of internet purchasing platforms, people are turning away from brick-and-mortar stores to online shopping. In Pakistan...