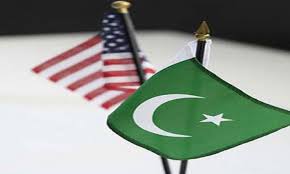 Since the independence of Pakistan, Pakistan and the United States have kept a multifaceted and broad-based relationship, driven by co-operation ranging from education to energy and from defense to trade and investment. The United States was one of the first countries that established relations with Pakistan after its independence and Pakistan allied itself with the US during the war against the Soviet Union and played an integral party in CENTO and SEATO.

Relations further improved during the Operation Cyclone against the Soviet Expansion in Central Asia and South Asia in the 1980s. Pakistan once again assumed an important role in American geopolitical interests in the region following the September 11 attacks, and the subsequent War on Terror. Relations further strengthened after the US declared Pakistan a major non-NATO ally in 2002 which allowed Pakistan to be given aid of over $25 billion. Pakistan also appreciated the efforts that the US made for the relief of Pakistan after the 2005 earthquake.

Prime minister Shehbaz Sharif said on Tuesday that there is no democracy without freedom of expression. In his remarks, Prime...

Shahid Khaqan Abbasi, a senior PML (N) leader, said that the administration had stabilized the economy. In a Monday interview...