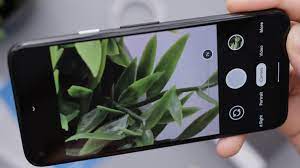 NitroPhone 1, which costs 630 euros, is regarded as the most “secure” and “protected” from cybercriminals in the world.

Nitrokey has introduced the NitroPhone 1, a smartphone-based on the Google Pixel 4a. The Android gadget, which costs 630 euros, is regarded as the most “safe” and secure against cybercriminals in the world.

According to the advertising materials, in addition to the “simple user interface,” the smartphone would “provide the consumer with total security and privacy.”

The NitroPhone 1 is said to be based on the Google Pixel 4a, but with an entirely different skin. It runs GragpheneOS without the need for any Google services. The developers stated that they can be added if requested; but, because of the lack of GMS, the American IT firm will be unable to follow user behavior. Furthermore, the NitroPhone 1 applications do not have access to the IMEI, phone serial number, SIM card number, or MAC address.

NitroPhone 1 may already be ordered through the Nitrokey website. Furthermore, in addition to a bank transfer, credit card, or PayPal, the buyer can pay with bitcoins. They guarantee that the smartphone will be delivered to another nation between 2 to 10 days.

The Pakistan-China Joint Chamber of Commerce and Industry (PCJCCI) announced on Thursday that approximately 3,000 people had benefitted from a...

Sajjad Khan, a Karachi-born alumnus of the NED University of Engineering and Technology, will oversee Mercedes-transition Benz to the electric...