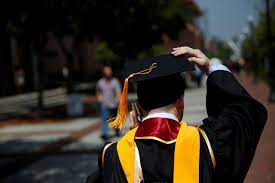 For the first time, five Pakistani institutions have been included in the TIMES University Rankings 2022, with three of them ranking within the top 800 in the world.

“One of the most prominent global rankings is the TIMES University Rankings. While the United Kingdom has 101 higher education establishments and China has 97 among the top 1,600 colleges, Pakistan has 21 universities on the list “said a declaration

“Among the ranks, Pakistan also emerged as one of the nations with the fastest improving performance across a variety of important parameters.”

“Pakistan has 36 universities in The Impact Rankings 2021 for the first time.” It went on to say that the nation now boasts a record-breaking total of 21 rated schools.

Pakistan is presently ranked in the top five countries in terms of teaching, learning, research, facilities, and so on, especially in terms of research citations, international views, and industrial connections.

“On teaching and Citation scores, performance progress is among the quickest in the world,” according to the release.

“This is also evidenced by significant score improvements in publications, staff, and teaching reputation: these are Pakistan’s strongest performing metrics.”

“Similarly, NUST is the 67th leading university working on low-cost, clean energy. All of them are critical topics that are part of the Sustainable Development Goals (SDGs).”

“In accordance with the Prime Minister’s goal of a green Pakistan,” the statement said, “for the first time ever, the University of Agriculture Faisalabad is now ranked top 24th internationally for climate action.”

The overall average change for 2021-22 is higher than India’s. Improvements in business and economics, biological sciences, and physical sciences have produced the most robust outcomes.

These findings were derived from an examination of 108 million citations and 430,000 data points from collaborating universities.

The release went on to say that it was the Pakistan Tehreek-e-Insaf government’s specific attention and reforms, as well as the work of the Higher Education Commission (HEC) team, that helped position Pakistan in the front row of nations making significant progress.

To address the biggest problem of unemployment in the nation, the government intends to introduce the first-ever national youth employment...

Exports grow 43% even after Hurdles.