Several hundred people have already booked their tickets and begun training for a spectacular voyage: a few minutes, or perhaps days, in the weightlessness of space.

The first-time space travelers are getting ready to take part in one of several private missions which are preparing to launch.

The era of space tourism is on the horizon 60 years after Soviet cosmonaut Yuri Gagarin became the first person in space.

Glenn King is the director of spaceflight training at the National Aerospace Training and Research Center, a private company based in Pennsylvania that has already trained nearly 400 future Virgin Galactic passengers for their trips.

“The oldest person I trained was 88 years old,” King added.

The training program lasts two days — a morning of classroom instruction and tests in a centrifuge.

This involves putting the trainee in a single-seat cockpit at the end of a 25-foot-long (eight-meter-long) arm and spinning them around to simulate gravitational force, or G force.

A medical team is on hand at all times.

The federal government has fixed Rs. 88.24 per kg maximum retail prices of sugar. As per the reports the Ministry... 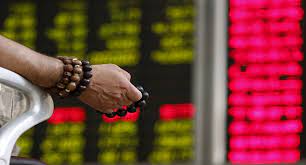