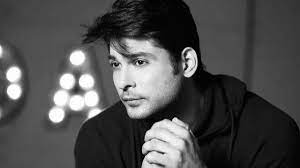 Dr. R Sukhdeve of Cooper Hospital confirmed to The Indian Express that Indian TV personality and Bigg Boss 13 winner Sidharth Shukla died at the age of 40.

According to initial reports, the actor was pronounced dead at a hospital early Thursday, and while the post-mortem test has not yet commenced, it is believed Shukla died as a result of a severe heart attack. The police investigation is still underway. more info

Shukla debuted on Hindi television in 2008 with the sitcom Babul Ka Aangann Chootey Na, and has since been in shows like as Aahat, Love U Zindagi, and CID.

His major break came in the blockbuster TV series Balika Vadhu, and he went on to compete in numerous reality shows, including Jhalak Dikhhla Jaa Season 6, India’s Got Talent, Khatron Ke Khiladi 7, and Bigg Boss 13, where he won.