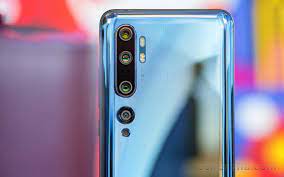 A new Xiaomi handset with the product code 2107119DC has been certified by China’s TENAA. Because it has a similar model number to previous Xiaomi CC devices, this handset is likely to be the forthcoming CC11.

Keep in mind that the CC11 name is only for the Chinese market, and the phone will most likely be released globally under a different brand, most likely as a “Xiaomi Note X” smartphone.

According to the TENAA filing, the phone would sport a 6.55-inch 1080p OLED display and an under-screen fingerprint sensor. The punch-hole front camera will be 20MP, while the primary camera will be a triple-lens system with 64MP resolution.

The handset’s design is unknown, but it should be disclosed shortly because it has already been seen at TENAA.

The Snapdragon 778G will be its main processor, with 8GB/12GB RAM and 128GB/256GB/512GB of native storage. It will come pre-installed with Android 11 with MIUI 12.5 Enhanced Edition, which adds a slew of new features and assures longer hardware life.

The battery will be a 4,150 mAh cell with 33W rapid recharging capability. The phone will come in a variety of colors, including black, white, red, orange, yellow, blue, green, cyan, and purple.

As a first consignment, Pakistan Railways acquired 46 coaches from China, enhancing travel options for citizens of the whole nation....