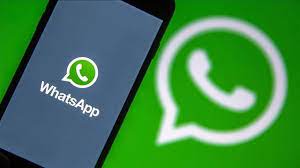 Turkey joined a slew of other nations in fining Facebook’s popular WhatsApp messaging service for failing to adequately secure user data on Friday.

The $1,950,000-lira ($235,000, 200,000-euro) fine was levied following months of speculation over whether WhatsApp’s controversial new data-sharing policies had been implemented in Turkey.

Refund of over Rs5b to Hajj pilgrims begins from today

WhatsApp implemented a policy change earlier this year that enabled it to gather more personal data, such as phone numbers and location, from anybody who consented to its new terms of service.

It gave consumers no other choice than to discontinue the service entirely.

It subsequently postponed implementing the change in Turkey when President Recep Tayyip Erdogan’s media office switched to BiP, a local counterpart to WhatsApp.

Erdogan’s administration and WhatsApp have now made inconsistent comments about whether the new data laws were implemented in Turkey.

The Personal Data Protection Authority (KVKK) of Turkey fined WhatsApp because it no longer provided users with “free will.”

The judgment said that “persons are obliged to provide assent to the contract as a whole, therefore attempting to exclude express consent.”

The ruling came only one day after Ireland, which is home to Facebook’s European headquarters, fined WhatsApp 225 million euros for identical privacy violations.

In August, Moscow punished the two sites and Twitter for failing to keep Russian users’ data on local servers.

Refund of over Rs5b to Hajj pilgrims begins from today

The process of disbursement of the Hajj subsidy will start from today and continue till end of this month. According...