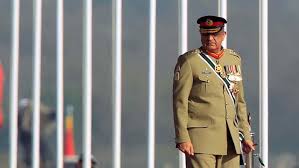 Chief of Army staff Qamar Javed Bajwa has become active to guide the country’s economic crises and needed the US to help for the immidiate International Monetary Fund( IMF) to avoid default.

According to the International media, COAS Qamar Javed Bajwa spoke by phone with US Deputy Secretary of State Wendy Sherman to seek help in stabilizing the loan revival process.

Bajwa made solicit for the White House and Treasury Department to push the IMF to immediately supply nearly $1.2 billion that Pakistan is due to receive under a resumed loan program.

It may be noted that the chief of army staff had been playing his role to take Pakistan out of the economic critical point and in the past, he had contacted Saudi Arabia, UAE, China, and other friendly countries for financial assistance.

Earlier on July 14, the International Monetary Fund (IMF) and Pakistan hold out a staff-level agreement for the release of US$1.17 billion under the combined 7th and 8th reviews of Pakistan’s Extended Fund Facility (EFF).

A statement issued by the Fund said that the accord is subject to acceptance by the IMF’s Executive Board.

“Additionally, in order to support program implementation and meet the higher financing needs in FY23, as well as create extra financing, the IMF Board will examine an extension of the EFF till end-June 2023 and an augmentation of access by SDR 720 million that will bring the total access under the EFF to about US$7 billion.”

Pakistani finance minister Miftah Ismail said on Tuesday “serious worries” that Pakistan would end up like Sri Lanka, grappling with...

The rupee jumped by another Rs2.54 against the dollar in the interbank market on Wednesday — an uptrend that has...