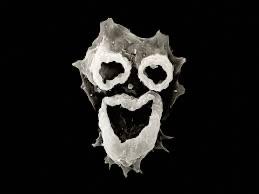 Health officials in Karachi have reported the fourth death attributed to the brain-eating amoeba Naegleria fowleri, citing a 2011 study that had reported 13 cases in Karachi in the same year.

The two latest deaths were of a 30-year-old neurosurgeon who had suffered from primary amoebic meningoencephalitis (PAM), and 8-year-old Zohaib who had succumbed to PAM last week at Liaquat National Hospital a few days after contracting it.

Naegleria fowleri survives on bacteria in warm waters and attacks the nervous system when infected water is ingested through the nose while bathing, swimming, or performing ablution. It can only be killed by either proper chlorination or boiling water.

The rare and deadly organism has been traced to Karachi’s unhygienic water supply, which also supplies the remaining province.

Until now, the authorities have determined that more than 95 per cent of region-wise samples of water from Karachi have shown that they are unfit for consumption.

While the Karachi Water Sewerage Board refuses to take responsibility for the life-threatening situation, the sewage lines are leaking and contaminating the water supply.

Pakistan’s oil and eatable import bill posted double-digit growth in the first month of the current fiscal year owing to...

After the value of the rupee appreciates against the dollar, Pak Suzuki Motors decided to reduce prices ranging from Rs75,000 to...

A Scarecrow on a pogo stick? doing the rounds on the internet

Punjab Police is Getting New Uniform Once Again

How to Check Matric Result