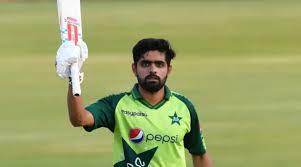 Babar Azam, Pakistan’s all-format captain, is a modest guy for a man considered as one of the best hitters in the game today.

Whereas there is no disputing his status as the world’s greatest batter — he presently leads the ICC One-day International batting rankings and has been surpassed by England’s Dawid Malan as the No. 1 batter in Twenty20 Internationals — Babar is focused on pioneering Pakistan at the T20 World Cup in the UAE, where Pakistan will face India in Group 2 on October 24.

“Obviously, our World Cup preparations will be as competitive as possible, and the seven matches [five against New Zealand, backed by two England matchups] we play will undoubtedly assist us before the major event,” Babar stated in an interview with Dawn. “The numbers show that we have won 21 of the 31 matches, which indicates that our self-esteem is strong.

“We are quite familiar with the UAE circumstances since we have played a lot on those grounds, and it has been a fortunate location where Pakistan has been the top-ranked T20 team. The [three-match] ODI and T20 series against New Zealand will be essential for us as a squad because it will provide us with ample experience before the World Cup.

“However, it would have been wonderful if Pakistan had faced a full-strength New Zealand squad simply to give us a good training against one of the top sides that we will also face in the World Cup,” he said. “Our priority is to ensure that Pakistan arrives in the UAE in winning shape.”

The skipper is hopeful that the strong opening partnership he has formed with Mohammad Rizwan — who is the pioneering T20 run-getter this year with a score of 752 from 14 innings (averaging 94.00 while sustaining a strike rate of 140.03) — will continue.

“It’s been about a year since Rizwan started starting the innings [with me], and we’ve had a productive collaboration. As captain, my goal is to offer Pakistan as many good beginnings as possible, especially during the World Cup,” Babar added. “Runs from the top are really important in T20 cricket, and as captain, my goal is that one of us bats long into the innings and starts power-hitting. Also, be certain that the momentum is not lost.”

Babar admitted that Pakistan’s fielding has been a big source of concern and that it must be addressed with serious effort. “Fielding is unquestionably a grey area that requires significant improvement. We can’t expect good results if we field poorly, since excellent teams seldom give you a chance to recover.”

Meanwhile, Babar praised athletes for dealing with the Covid-19 epidemic, which he characterized as the toughest obstacle for athletes in the last 18 months.

“Life in the bubble has been extremely chastening since it has isolated everyone from their usual way of life. Living in a bio-secure environment is incredibly hard since you are either restricted to your hotel rooms or the ground and are unable to walk outside to relax,” he said. “However, the way our athletes have handled this circumstance is extraordinary, since once you enter the bubble, you are separated from family and friends. All respect to the athletes for surviving with pandemic life, which is both emotionally and physically traumatic.”

The Pakistan Cricket Board has announced a one-lac rupee increase in the pension for former Test players aged 60 and over....

In Islamabad and Skardu, the Pakistan Sports Board (PSB) will build a cutting-edge biomechanics lab and a world-class, high-altitude fitness...